How SERVPRO Removes Smoke and Soot Odors From Fires in Davie 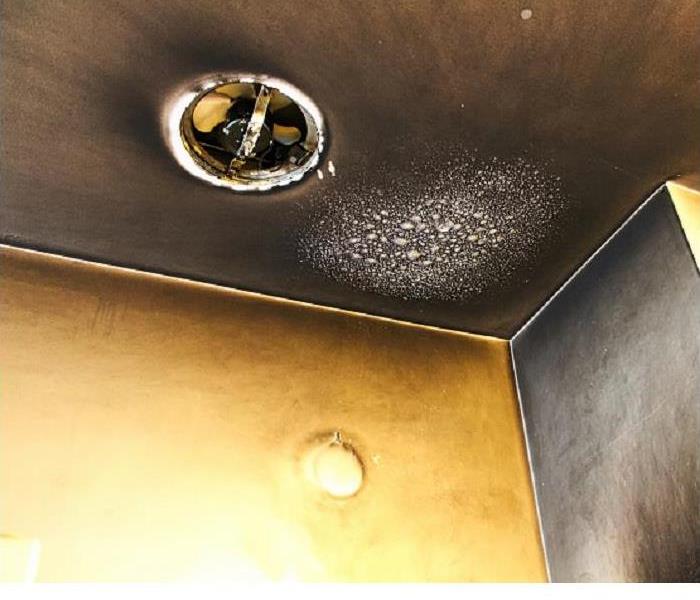 Smoke and soot damage can quickly spread, affecting areas that were not damaged by flames.

Odor Removal After Small Outlet Fire in Your Davie Home

Sometimes situations like fires do not spread throughout your Davie property beyond the combustion point, either due to a fast extinguishment on your end or because the fire burns out as quickly as it began. Whatever the case might be, a situation like a small outlet fire in the living room of your home might not have widespread damages, but there are effects that you still have to overcome to make it “Like it never even happened.”

Odors are fire damage effects that can often be the most challenging to overcome in your Davie home after the fire is out. DIY deodorization and masking the odor with stronger smells does not cut into the root of the problem, and that is why these solutions are only a temporary bandage to the more significant concern. Our SERVPRO team can arrive with the tools that can handle any of the lingering damage from this small fire in your home, including effective deodorization for all affected areas.

When our team arrives at your fire-damaged address, we can inspect the property quickly for any damages that might have resulted that require mitigation tactics. Cleanup and deodorization are often the steps to follow a small fire inspection, as much of the damage remains contained to a limited area, often requiring some soot cleaning, smoke residue removal, and removing the damaged portions of drywall for later replacement.

Deodorization requires some added steps, and that begins with containment of the affected area. By setting up physical barriers and invisible barriers with the use of machines like our hydroxyl generators, we can keep the smoke damage odors from spreading throughout the property. With the use of equipment like thermal foggers, we can break apart odor molecules and permanently remove the noxious scent the fire left behind.

While small fires might not seem as traumatic as widespread structure blazes, the same level of care and consideration needs to go into the restoration of the property. Our SERVPRO of Ft. Lauderdale South rapid response team is standing by 24/7 to help at (954) 776-2000.