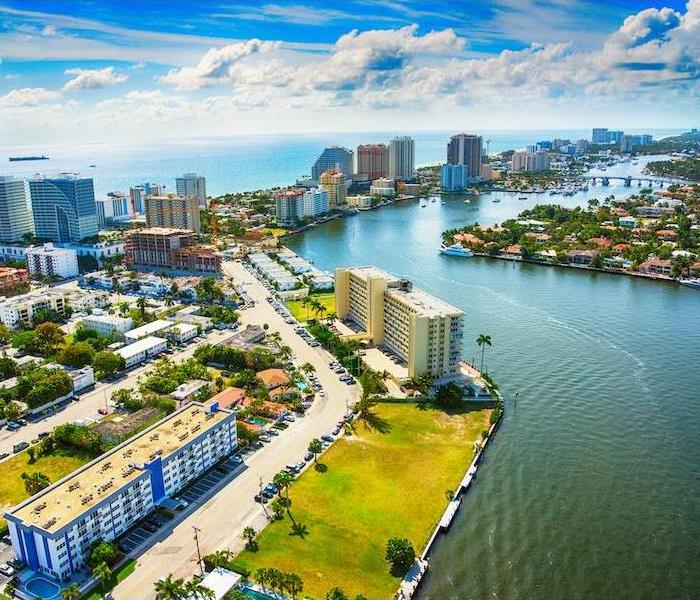 As one of the most popular tourist destinations for snowbirds escaping the harsh northern winters in comfortable south Florida, Ft. Lauderdale provides favorable weather, history, culture, art, and other draws. For many years beginning in the 60s, the city was one of the foremost destinations for spring break travelers from colleges across the country. After extensive damage to the municipality when these tourists boomed to more than 350,000 during this time of the year, efforts were made to significantly scale back allowances for these travelers to accommodate no more than 20-30,000 instead. Tourism still continues to be a driving force, even without the efforts to attract the college crowd in March/April.

Where the City Got Its Name

Much like everywhere in Florida, the area exchanged hands multiple times over its recorded history. When the land was acquired from the indigenous inhabitants, the site became an attractive location for a military outpost to protect settlements and settlers in the underdeveloped Florida territory during the Second Seminole War. A series of forts were constructed in the area, all bearing the name of Lauderdale after the commanding officer who oversaw their construction – Major William Lauderdale.

After the conflict, these forts would be abandoned, and the general area where Ft. Lauderdale now stands, would stay undeveloped for a further five decades. It would be 1893 before significant development could begin, and incorporation as a city would eventually occur in 1911. The area became more heavily populated during Florida's land boom of the 1920s, despite widespread destruction from devastating natural disasters like the Miami Hurricane in 1926 or the Great Depression taking hold of the country in the 1930s.

Effects of a Population Boom

The immediate area around Ft. Lauderdale would experience a substantial boom in residents and development after World War II. Because of the site being used as a primary naval port, many military personnel experienced firsthand the allure of South Florida's favorable weather and beauty. Once the war reached a conclusion, soldiers and personnel wanted to find a permanent place to settle down and call their own.

This would more than double the population of this seat of Broward County between the 1950 and 1960 census. By 1970, the population had nearly doubled again from the over 36,000 residents in 1950 to almost 140,000 by 1970. With more diversity and a denser population, the business diversified. New restaurants, companies, products, and services were made available and helped the city to thrive. In this time, the city would also focus on developing secondary education platforms to encourage Floridians to stay in the area to pursue a higher level of knowledge needed in an expanding economy.

The Sun and Sand of Ft. Lauderdale

Because tourism is a driving force of the economy, the upkeep and development of beach areas are one of the city officials' constant objectives. This work encourages the continued construction of rental properties on the beachfront and the growth of commercial structures within the blocks nearest to the ocean.

The greater Ft. Lauderdale area is home to more than 7 miles of beach, providing an assortment of employment, recreation, and entertainment opportunities for visitors and for residents. The Fort Lauderdale Beach and nearby Las Olas Beach can both be attractive options for those looking for days of relaxation and calmer settings without quite the abundance of space competition that comes with larger metropolitan regions like Miami to the south. The miles of beachfront allow for many profitable resort destinations such as the Pelican Grand Beach Resort, W Fort Lauderdale, and the Westin Fort Lauderdale Beach Resort.

A Unique Combination of Retail and Nightlife

Resorts and accommodations can be a significant portion of the local economy, generating close to 90 million in a small hotel development tax charged, but so are attractive developments like shopping centers and retail locations. From outlet malls outside of the city limits to many combined shopping experiences such as the Harbor Shops Mall, the Galleria at Fort Lauderdale, the Coral Ridge Mall, and the shops and specialty stores along the main strip of Las Olas Beach, the city has just what shoppers are looking for when they visit.

Being an alluring tourist destination and bolstering travel to the city means providing entertainment and action at all hours of the day. Once the sun goes down, the city comes alive with many of its premier dining destinations, which is an extensive list of more than 4,000 restaurants. The immediate metropolitan area has more than 130 nightclubs that can tailor to any taste in music or crowd.

The Potential for Mold Growth in Ft. Lauderdale Businesses

With more than 550 hotels in Ft. Lauderdale that accommodate millions of overnight visitors throughout the year, staying ahead of potential concerns like mold development can keep structures and their customers safer. The city experiences a humid climate through most of the year, which can present scenarios where higher moisture content can directly impact exposed materials and contents within a building.

Our SERVPRO professionals must work quickly to sample and test the environment to determine mold spores' concentration. If mold is believed to exist, addressing these concerns is two-fold between eliminating active colonization through remediation practices and removing the damage source through drying and regulating airflow in the problematic areas. Remediation practices can vary based on the severity of the situation and the affected materials, making the decision vital to preserving as much of a compromised hotel lobby or room as possible.

As leading remediation professionals accredited through the Institute of Inspection, Cleaning and Restoration Certification (IICRC), and National Organization of Remediators and Mold Inspectors (NORMI), we can offer real-time solutions with containment to prevent the spread and worsening of mold conditions. Remediation strategies can include surface cleaning, sanding, abrasive cleaning, and controlled demolition.

Because of the humid conditions and the high influx of traffic that can allow for water damage in your area hotel, our SERVPRO of Ft. Lauderdale South professionals are always prepared for the possibility of mold development. Call our remediation technicians today at (954) 776-2000.