Fires Can Cause Severe Harm to the Structure and Contents of Your Fort Lauderdale Home. 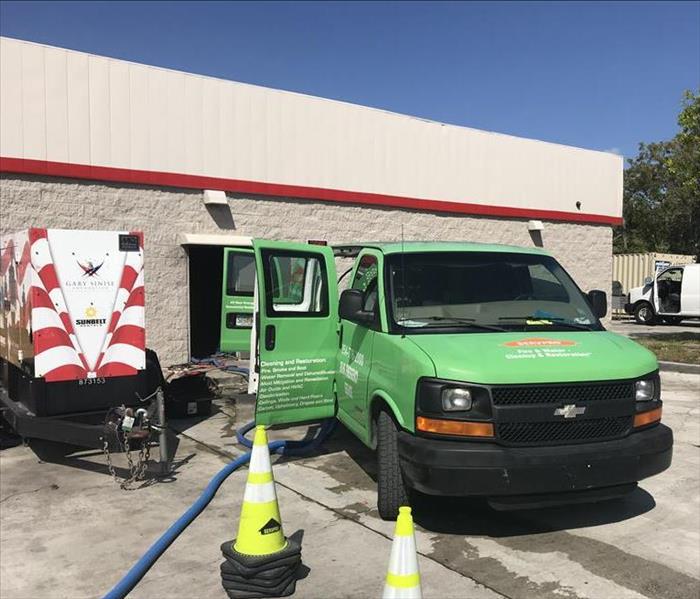 When the SERVPRO Fleet and Equipment Arrives at a Fort Lauderdale Property the Fire Damage Cleanup and Restoration is already underway!

Just north of Miami, Florida, is Fort Lauderdale. The population of 182, 437 inhabitants makes Fort Lauderdale one of the larger destinations within the Miami metropolitan area. The stunning year-round weather and proximity to the Atlantic on the east coast have made this medium-sized district a popular tourist destination for Americans and the rest of the world. A combination of cruise ports, hotel resorts, Yacht clubs, and nightclubs have allowed Fort Lauderdale to establish itself as one of the United States' premier party destinations. There are over 36,000 hotel rooms, 100 marinas, and 45,000 yachts, which serve millions of visitors each year. Despite vast volumes of passing trade, the resident population in this part of the Miami metropolitan area remains relatively stable, with the lion's share of people using it for holiday getaways. As a result, much of the local economy relies on tourism, which provides visitors with endless sightseeing tours, nightclubs, and restaurants.

The original inhabitants of the Miami region were Tequesta Native Americans who lived on the land for upwards of two thousand years.

The arrival of Spanish trade ships and explorers in the 16th century led to an unwitting spread of smallpox and flu, which decimated the native population. In the nineteenth century, Miami saw significant conflict between Seminole tribes and settlers, which came to a head with the Second Seminole War in 1836. The response of the United States was to build several forts in the area, one of which was Fort Lauderdale, from which the principal city takes its name. The economic structure experienced a massive boom during the 1920s, followed by a devastating crash. However, much of the town's current provenance relies on the Second World War, when vast amounts of navy and air force bases were built. Many of these bases were later converted into yachting bays, which account for some 45,000 yachts in the local region. Fort Lauderdale is a part of the Gold Coast Region, which includes Miami and West Palm Beach, taken from the stunning, golden sands and beaches that line the coast.

Fort Lauderdale was a one-time destination for spring breakers but, in recent years, has reinvented itself as a cosmopolitan destination for more seasoned clientele. In terms of out and out nightlife this city is diminished somewhat by the carnival atmosphere found in neighboring Miami Beach. However, Fort Lauderdale remains a top-level nightlife city with an egalitarian blend of mainstays from its boom in the mid-twentieth century to modern contemporary bars and dining.

A property fire does not just affect one part of the home. The production of smoke from combusting materials causes significant residual damage and odor. These soilings are at their most prominent close to the source of the fire. However, the pressure generated by hot air can lead to plumes of smoke spreading throughout the home. Some of these residual smoke damages may appear invisible to the naked eye but can still affect indoor air quality. SERVPRO has a team of dedicated customer service staff who can answer your call twenty-four hours a day. Our technicians are experienced with up-to-date training on effectively restoring property from smoke and indoor air-quality damages. The process of transforming a burnt structure to its preloss condition can take time. Our team is proactive in completing tasks to ensure restoration offers maximum efficiency with the homeowner's minimum inconvenience.

Burning materials can leave behind an unhealthy environment in your home. Contact SERVPRO of Fort Lauderdale South at (954) 388-8554 for expert restoration.