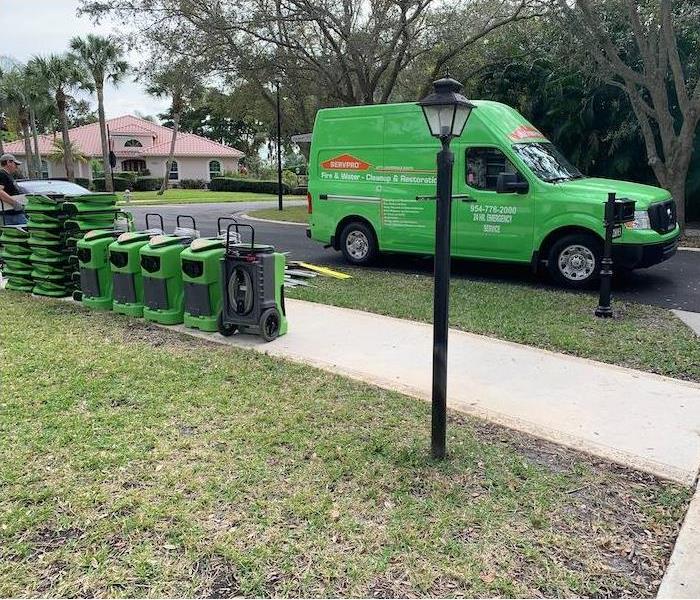 You can count on SERVPRO’s experienced professionals to eliminate water damage on your property. Call us today.

Fort Lauderdale is a city in Florida located about 25 miles from Miami. It is the largest city in Broward County and has an estimated population of around 180,000 people. Fort Lauderdale is the principal city in what is the Miami Metropolitan Area.

The city is named after a series of fortifications that the U.S.A built in the Second Seminole War. 'Lauderdale' comes from Major William Lauderdale, the commander of the detachment of soldiers who built the first fort there.

Today, Fort Lauderdale is one of the United States' most significant and most frequently visited tourist destinations. One of the main reasons for this is because it is a major yachting center, and thus, especially in the summer, tourists flood the area.

Climate also plays a part in why it has become such a frequently visited place. Fort Lauderdale summers are what almost every single tourist wants to experience.

Another popular feature of the town is The Strip. It is a promenade that runs along with the Oceanside. Its popularity can be attributed to the fact that it is lined with many upscale hotels, restaurants, bars, and boutiques.

The beaches around Fort Lauderdale are, without a doubt, the reason why the area has become such a fertile tourist site. The city has seven miles of beachfront and an average temperature of 75 degrees Fahrenheit throughout the year. It is a favorite for those who love sand, sun, and surf.

Fort Lauderdale once had a reputation for being a spring break hotspot, but it is now a more sophisticated urban destination. The seemingly endless shops and restaurants, along with its wide boardwalks, provide it with a laid-back atmosphere, which sun-starved northerners crave while visiting Florida. Some of the top attractions in Fort Lauderdale include:

Water damage is a common occurrence in Fort Lauderdale. After a water intrusion incident, what you can do is make sure that your property is restored quickly. This is where SERVPRO comes in. Our restorers are licensed to handle water loss incidents. We can use state-of-the-art technology to restore your property to its former condition. Some of the equipment we use includes:

Don't hesitate to give SERVPRO of Ft. Lauderdale South a call in the event of water damage to your property. You can reach us at (954) 776-2000 for effective restoration.